Swan Maidens are peculiar creatures. In many ways they are the embodiment of natural female energy: pure, wild and natural and very beautiful. They have the power to change their shape from a beautiful pure white swan into a beautiful woman. In folktales, men who witness this transformation are invariably struck by a spell causing them to fall in love and they will do anything to win and keep this love, but the Swan Maiden will eventually challenge and test that love. If the man passes he wins the Swan Maiden and happiness in life, if he fails he gets death. This is a version of a folktale that originated in Sweden and was recorded by Herman Hofberg. 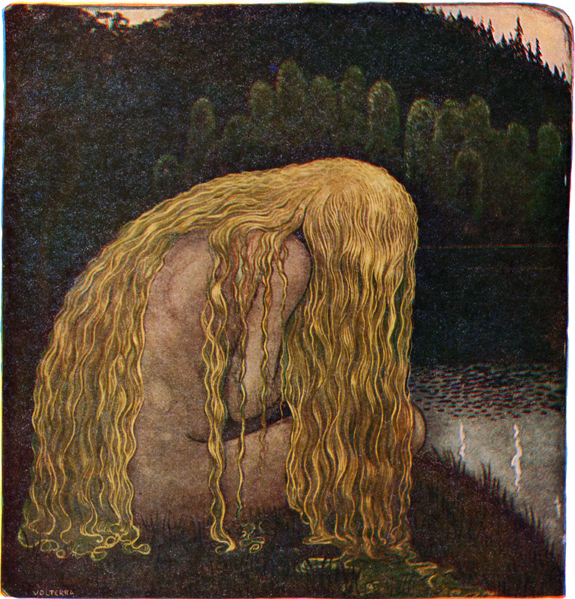 There was once a young man who often went out on his own hunting. On one particular occasion which happened to be on a Thursday evening, he espied three magnificent white swans flying directly overhead. From their altitude and manner of flight he guessed they were preparing to land on the water of a nearby strand of a river. He had never seen such magnificent swans before and decided to follow them. As he had suspected that was where they landed and to his absolute astonishment took off their gleaming white feathery skins revealing three beautiful maidens underneath.  Read more

4 thoughts on “The challenge of the Swan Maiden”