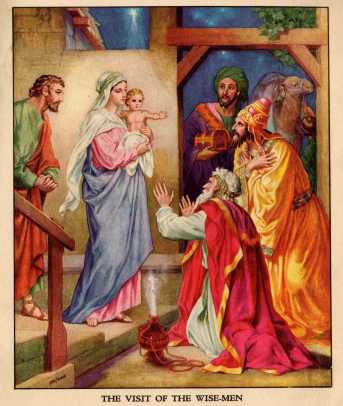 The Evolution of Christmas

Christmas is for many people and not just children, the highlight of the year.  Even though we may spend far more money and time than is really necessary it is still a time that people plan and work hard to provide for their families and themselves.  It is the most important date in the calendar for many businesses ranging from retail stores, manufacturing, provision of food and beverages and many more. Indeed it seems to get more frenzied, stressful and expensive with every passing year. This article looks at how Christmas evolved through the ages through various cultures to the present date.

The Birth of Jesus

In Old English the word for Christmas is “Cristes Maesse,” meaning the Mass of Christ.  Today we celebrate Christmas Day on the 25th of December as the birthday of Jesus Christ.   The Western world has used the 25th of December as a nominal date to celebrate the birth of Jesus since 345 AD, before that his birth was celebrated on 6th January.   The fact is that no one knows the exact day or year that Jesus was born on.

Many biblical scholars and historians point out that the Bible tells of shepherds tending flocks of sheep on the night Jesus was born and that it unlikely that they would be out in December because of the coldness of the winter in Judea. Some scholars think that Jesus was born in the spring, between March and May. Others argue for September.  It is doubtful if we will ever know for sure unless some hidden knowledge is ever found.   The important thing is that his birth is remembered and celebrated and the message kept alive.

Over the centuries Christians have changed the meaning and significance of many ancient pagan customs, traditions and festivals adapting them to suit Christian beliefs.  Some may argue that it was an attempt to eradicate paganism while others say that it was a way of compromise that allowed old beliefs to be replaced by new in a less confrontational way.

In Egypt and Babylon both had mid-winter festivals and fertility festivals were also celebrate at this time of the year in many parts of Europe.  In Phrygia the 25th of December was the celebration of the birth of the sun god, Attis and in ancient Persia they celebrated the birth of their god, Mythra.

10 thoughts on “How the Modern Christmas Evolved”