A Wonder of the World

The Iguazú Falls are a natural wonder of the world situated on the Iguazi River on the border of Argentina and Brazil.   In the Guarani/Tupi language, Iguazú, means big water and the Iguazú waterfall system is the largest in the world. People lived around the Iguazú Falls long before the arrival of the Spanish having their own long held beliefs and religion.  One of their most important rituals was the annual sacrifice of a virgin to M’Boi, the Serpent God who lived in the Iguazú River and was the son of Tupa, the Supreme God.

In a village on the banks of the Iguazú lived a very beautiful maiden named Naipi who was to be married to a great warrior named Taruba from a nearby tribe.  The two of them were deeply in love and looked forward to the blessed day with excitement and anticipation. One day before her wedding Napi went walking along the banks of the river and as M’Boi passed along the river he looked up and saw her.  Never had he seen a maiden of such grace and beauty before and he fell in love with her. He decided he must have her and went to the Guarani elders telling them of his desire and demanding they give her to him in the sacred ritual.

The elders were frightened of M’Boi and rather than upset him they decided that Naipi would be sacrificed to him the day before her wedding.  Of course poor Naipi was frightened and upset and Taruba was furious and determined that she would not face such a terrible death. They knew that if the elders found out they would stop them and if M’Boi found out they would both die, but decided that death together would be better than death apart.  Therefore, they decided they would run away together and set a time and place of rendezvous to carry out their desperate plan. As Naipi and Taruba were setting off in a canoe to go down river the Serpent God saw them and chased after them furiously.

Taruba rowed with all of his strength and managed to keep a few feet ahead of the angry god.  M’Boi became so angry that his serpent body expanded to the width of the river. As he twisted and turned he created new curves in the river making the canoe rock dangerously two and fro but this only increased the anger and determination of Taruba who rowed even harder refusing to give up.   Suddenly, M’Boi became so filled with rage he caused the very earth to split asunder causing the river to plummet wildly into the chasm he had created taking the vessel with it, causing it to spin uncontrollably around. The sheer force sent Taruba flying from the canoe to land onto the bank.  Trapped in the falling canoe Naipi watched helplessly as the bottom of the chasm opened up under her. As she was about to smash into the bottom M’Boi transformed her into massive rock to stop her escaping him.

On seeing his beloved turn to stone, Taruba attempted to climb down to her but M’Boi pulled his hands into the earth and as he stretched out his fingers to try and take hold they turned into roots and Taruba turned into a palm tree on the Brazilian side of the falls  that was forever rooted to the place above the newly formed waterfall. From this position Taruba could see Naipa on the Argentine side of the falls and she could see him but they could never ever touch, kiss or embrace. To make sure this never happens the jealous Serpent God watches them from a deep part of the river called the Devil’s Throat. Nevertheless, although Naipa and Taruba can never be reunited their love can be seen forming a rainbow from the palm tree on Brazilian side of the falls to the rock that is Naipa on the Argentine side. 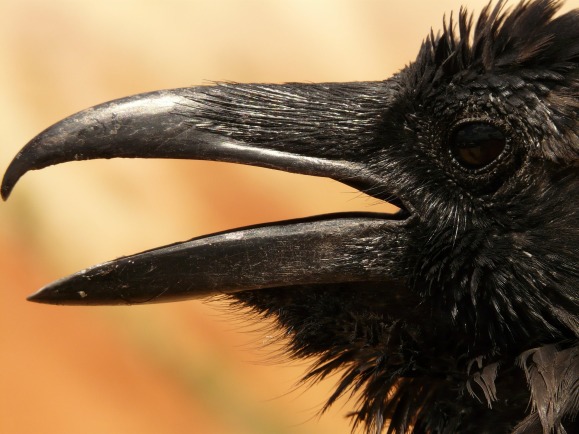 The Haida people are native to areas of British Columbia, Canada and Alaska, USA. The  the archipelago of Haida Gwaii, is considered to be their heartland especially the two main islands.  The Haida tell many wonderful stories featuring Raven who in their mythology, legends and traditions is seen as a provider and bringer of light to humanity while also being a trickster.  It was Raven who was the transformer, healer and magician and yet is often presented as being greedy, lustful and mischievous. Yet despite these contradictions Raven is very much a cultural hero of the Haida.

Raven and the First People

In one creation myth they tell that before Raven all of the world was one enormous flood. The myth tells how there was once a time when there was nothing but water everywhere. One day Raven became bored and spread his wings and flew.  As he flew the waters began to recede. When Raven became hungry land was formed and Raven  settled on it and found food.

One day Raven heard strange noises coming from a shell.  This both intrigued and confused Raven. The strange sound from the clam became louder and more frantic and so Raven having a fine singing voice thought he would sing to it in the hope of soothing whatever was making the noise.  So Raven sung to it and eventually a small but extraordinary creature broke out of the shell. Indeed, it was a very peculiar with two legs, a head that was round and covered at the top in long black hair and soft skin. Unlike Raven it had no wings and no feathers.   This creature was the very first of the First People and more came from the shell and all of these were male.

To begin with Raven was intrigued but gradually grew bored with them and thought about putting them all back in the shell. Then he decided he would look for some females to keep all of these males company.   It so happened that Raven found some more people who were inside a another shell. Setting them free Raven discovered they were female people. He was enthralled as he watched how male and female interacted with each other and began to feel protective and responsible towards them.

The Haida have other versions of  tales that tell how the world was created such as the one that follows.  There was a time when the world was just sky and water and in the water was a reef where the first beings lived.  The greatest of these beings lived upon the highest part of the reef and looked down on the lesser beings who lived on the lower parts of the reef.

Raven flew over the reef looking for a place to settle but could see no room to land. Therefore he decided to fly to the sky country and there he found the daughter of a Chief who had a young baby.   In the darkness of night Raven stole the child with the intention of taking its place as Raven Child.

In these early days of the world Raven was pure white and he fell in love with the daughter of Gray Eagle who thought him very handsome in white.  One day she invited him to visit her in her father’s longhouse. When Raven arrived he saw that the Sun, the Moon, the Stars, along with fresh water were all hanging up around the sides of Gray Eagle’s home. When he knew no one was looking he stole them and also took a burning brand from the fire and flew out of the smoke hole in the roof  with his loot.  Flying up high in the sky he hung the Sun up and its light flooded out over the Earth lighting and warming  he day. In fact there was so much light he could see far enough to fly out across the ocean to an island situated in its middle .  When the Sun wet down he hung up the Moon and Stars in different parts of the sky and by this light he flew back to the land carrying the fresh water and the firebrand.

When he reached the land he found what he thought was a good place and dropped the fresh water.  Where it landed on the ground became the source of all of the freshwater that creates all of rivers, lakes and  streams in the world today.

Raven flew on holding the flaming brand in his beak and as he flew the smoke from the fiery brand flowed over his snowy white feathers turning them black. As he flew the brand burnt smaller and smaller and eventually it began to burn his beak and Raven was forced to drop it.  The burning brand fell from the sky and crashed into rocks and instantly concealed itself inside of them. This is how the sparks that appear when two stones are struck together got in the stone and why we can make fire from them.

As for Raven he lost his white plumage after it was covered in soot from the firebrand and that is why today all of his feathers are black.