This article was first published on 14th December 2017 on #FolkloreThursday.com titled British Legends — The Founding of Britain: Brutus of Troy and the Prophecy of Diana by zteve t evans 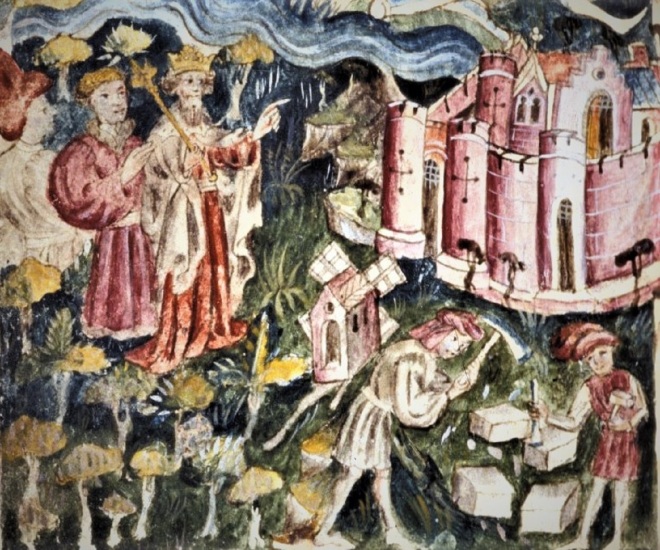 Brutus of Troy was a legendary Trojan exile who some medieval chroniclers claimed was responsible for the founding of Britain. They maintained that he was the first King of Britain and named the island, its people, and its language after himself. He built the city that would eventually become London, and gave laws to allow people to live in peace. The story of Brutus of Troy first appears in the work Historia Britonum or The History of Britons (ca AD 829), which is often attributed to the medieval chronicler Nennius. He is also mentioned later in more detail in Historia Regum Britanniae or History of the Kings of Britain, written in about 1136 by Geoffrey of Monmouth. There are some significant differences in the stories the two present, though Geoffrey’s work provides more information. Geoffrey dates the arrival of Brutus on the island, which was then called Albion, to 1115 BC. Although his work is not given much credence today, from its creation up until the 17th century, when it fell from favour, it was very popular. It is still an important medieval text, and a central piece in the collective works known as The Matter of Britain. Despite being discounted as a reliable history book, The History of the Kings of Britain remains of great interest to many people today. Many scholars think that Geoffrey drew on existing legends, myths, and traditions which he included in his work. It is Geoffrey’s work that this article draws chiefly from to present a version of the mythical founding of Britain by Brutus of Troy.

The Birth of Brutus

The story of Brutus begins in Italy, where the Trojan exiles resided. When his wife fell pregnant, Silvius asked a sorcerer what sex the unborn child would be and what its future would hold. The sorcerer predicted a boy would be born and this proved correct. He also predicted that the boy would be exiled after causing the death of both of his parents. Finally, he predicted that when he reached adulthood he would travel through many countries and would fulfill many great achievements. Not all these predictions were to the liking of Silvius, who killed the sorcerer. However, his wife died during the birth of the boy, who was named Brutus, and when he reached the age of 15 he accidentally killed his father, shooting him with an arrow while hunting. As punishment, Brutus was exiled from Italy and traveled to several islands before reaching Greece. The unfortunate seer was proved correct about the first two parts of his prophecy, and the rest was beginning to unfold.

Whilst in Greece, Brutus met a group of Trojans living in slavery and led them in rebellion against Pandrasus, the Greek king. He was successful, and after defeating and capturing Pandrasus he held him hostage. Although he had him at his mercy, he realized that there would be a continuing war with the Greeks which the Trojans could not win. Therefore, instead of killing Pandrasus, Brutus made a bargain with him. He freed Pandrasus, in return for him freeing the Trojans from slavery and providing Brutus and his band of followers with enough ships and supplies to sail from Greece in search of a new home. Pandrasus also gave his daughter, Ingoge, in marriage, who sailed with Brutus and his company in search of a place they could settle and live in peace.

The Prophecy of Diana

Brutus set out from Greece in command of a powerful group of armed Trojans, and whilst at sea his small fleet came across a deserted island. He decided to land and explore. On the island, he found a long-disused temple dedicated to the goddess Diana, Mercury, and Jupiter. Seeking some kind of sign, Brutus paid homage to Diana by completing the necessary rituals.