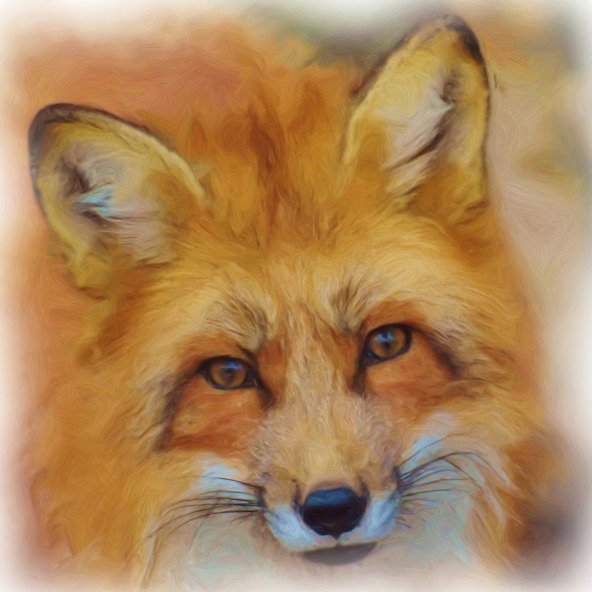 The Fox and the Angel of Death

In Jewish folklore when God created the world he made sure that every animal that walked upon the earth had a counterpart under the sea.  To complete his plan he allotted Malak – ha-Mawet the Angel of Death with the task of making sure they were all placed beneath the waters.   When the Angel came for the fox the fox began to cry and wail.  The surprised Angel asked the fox why he was crying.  The fox told him that his best friend had been placed in the water only the other day.   Standing on the shore and looking in the sea the fox pointed to his own reflection in the water.  When the Angel of Death saw the reflection he believed that a fox had already been placed under the water and so set him free.

The ruler of the sea Leviathan noticed that although all the other animals had their counterpart under the sea the fox was absent and realized the cunning fox had fooled the Angel of Death.   This made him think.  Now he remembered that the heart was said to be the seat of wisdom and reasoned that if he ate the heart of the fox he would gain its wisdom.

Leviathan summoned fishes who were all his servants and ordered them to bring the fox to him.   So the fishes swam off to find the fox and on the way, they came up with a crafty plan.   They found the fox walking along the sea shore and they spoke to him.  They told him that Leviathan the ruler of the sea was dying and wanted the fox to be his successor because he was the wisest of animals.  The fishes flattered the fox and appealed to his vanity.  They promised they would bear him safely over the sea to where there was an island of rock.  There he could set up a throne safe from the surrounding sea.

The fox was greatly flattered and agreed to be carried off by the fishes to the island of rock. As they left sight of land and entered the vastness of the ocean the fox realized he had been tricked.  However, rather than panic he kept calm and questioned the fishes.  They laughed and told him that Leviathan wanted his heart to eat.

“Oh, I see, “ said the fox, “If only you had said before then I would have brought it along, for I do not carry it with me.  If you quickly turn about and set me off on the shore where you found me I can quickly run and fetch it and then we can take it to Leviathan for him to eat.”

The fishes thought this sounded like a good idea so they swam back to the shore where they had found him and the fox quickly jumped ashore.   The fishes called to him to quickly run and fetch his heart but the fox laughed and said,  “It is true I went with you when I had no heart but now I have it I will stay here, thank you.  I fooled the Angel of Death and it has been easier still to fool you foolish fishes!”