This article was originally posted on the #FolkloreThursday.com as Folklore of the Welsh Lakes: Reflecting on Faerie Brides, Drowned Towns, and the Otherworld by zteve t evans September 28th, 2017. 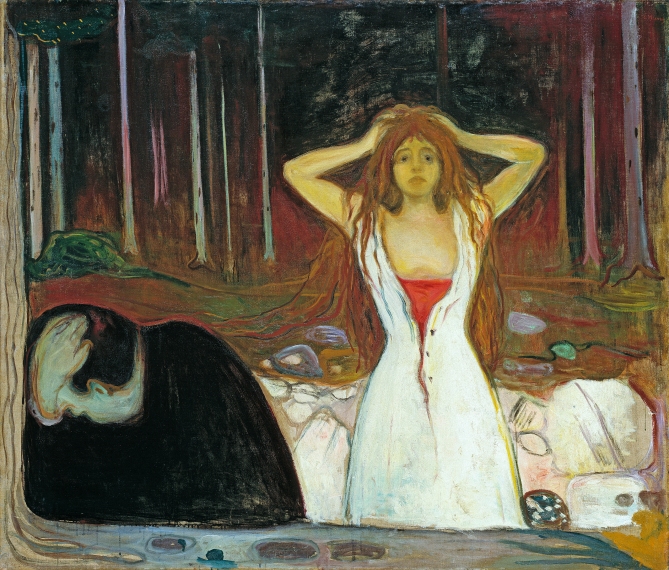 There are may lakes scattered around Wales, each with their own unique characteristics and history. Many also have the most amazing legends and folklore associated with them, and the purpose of this work is to discuss some of them. This work does not attempt to be academic or scholarly. Instead, it attempts to explore thoughts that are more intuitive and reflective, and hopefully look towards stimulating ideas within the reader to construct their own interpretations of the folk tales and lakes mentioned should they wish to.

A few things to note: Articles on the following lakes (Lake Bala also known as Llyn Tegid, Llyn Barfog, Kenfig Pool, Llyn Coch or the Red Lake, Llyn Cwm Llwch and Llyn y Fan Fach) all appear on the #FolkloreThursday website and links are placed in this article for easy access to them. The term ‘llyn’ is the Welsh word for ‘lake,’ and they are often used interchangeably. There are also a great many more lakes in Wales than can possibly be mentioned here, and many of them have other folk tales and folklore. Finally, there are many different versions of the same legends, and the ones mentioned here may be different to the ones you know.

Origin of the Tales

Although only six lakes are discussed, it will be seen that these have a rich heritage in folklore and in some cases share similar stories. In other cases, the stories appear very different though there may be threads that link some together. The age of the tales and folklore is very much open to debate. Many scholars think they date from the Middle Ages but have far older elements built into them. These elements may be of Christian, Celtic, or possibly even older cultures. For example, are the legends of drowned towns and cities distant, faded memories of real towns (or at least settlements) that once existed either alongside or were built over a lake/replaced by a lake in some sudden flooding or disaster? It may that each succeeding human culture altered or added to the stories to reflect their own beliefs and situation, as will be discussed later. There is also a possibility that they were transported to the lakes from outside Wales, perhaps in the early movement of people across Europe from as far away as the Black Sea region.

The Doorway to the Otherworld

The Welsh lakes are often remote and situated on the edge of human society. In some tales they are presented as the doorway to the Otherworld in Welsh folklore, as is the case with the Red Lake, Llyn Cwm Llwch, and Llyn y Fan Fach. The lakes themselves are not the Otherworld, but the portal that is passed through to enter and exit it. The faerie brides, their fathers, and their sisters can pass through and visit earth, and sometimes they bring animals with them. In certain other Welsh fairy tales this occasionally happens to humans, as is the case with Llyn Cwm Llwch where an island of the Otherworld was made available to human visitors every May Day. This privilege was withdrawn after it was abused. For humans who visit the Otherworld or have dealings with it there is often a sad ending. They are often betrayed by their own frailties and, in many ways, it is the human frailties that are explored in the stories referenced here.

The Faerie Bride and the Mirror of Nature

The story of the Lady of Llyn y Fan Fach also looks at human frailties. In her first appearance at the lakeside, the lady is brushing her long, fair hair with a golden comb and using the lake as a mirror. It is a scene that is reminiscent of descriptions of mermaids on the seashore. Yet she is not half fish as a mermaid is, and is not really human either and this is not by the seashore. Neither is the female in the story of the Bride of the Red Lake. Both are unmistakably not human and appear to be more of a mere-maid, possibly of the Gwragedd Annwn, the female dwellers of the Otherworld of Annwn who according to Welsh folklore also appear from Llyn Barfog.

This post was first published on #FolkloreThursday.com August 17th, 2017 as Folklore of the Welsh Lakes: The Legend and Legacy of the Lady of Llyn y Fan Fach by zteve t evans

In Wales, legends of encounters with the Otherworld are never far away. One such legend is associated with Llyn y Fan Fach, a lake located on the northern side of the Black Mountain in Carmarthenshire. This legend is also known as The Lady of the Lake, but it is not related to the Arthurian character of the Lady of the Lake. In this legend, the Lady is found living in the lake by a farmer, who falls in love with and marries her. They live in happiness for a time until she is forced to return to her own world, taking all that she brought with her, but leaving a remarkable legacy on earth to benefit humankind.

The story begins with Gwyn, who lived with his mother on a nearby farm. One of his tasks was to lead the cattle to pasture, and one of his favourite places was Llyn y Fan Fach. His mother would pack him a basket of barley bread and cheese, which he gratefully ate while gazing dreamily at the reflections in the lake as he sat on its shore.

The Lady of the Lake

One day, as he arrived with his cattle, he was surprised to see the figure of a fair lady sat on a rock on the opposite shore. She appeared to be brushing her long hair with a golden comb, using the calm, unruffled surface of the lake as a mirror. He had never seen a woman so beautiful, and he found he was unconsciously holding out the barley bread and cheese his mother had packed for him to her. Seeing Gwyn, the lady stopped combing her hair and moved gracefully over the water towards him to see what he was offering. Seeing the barley bread and cheese, she laughed, shook her head and said:

“O thou of the crimped bread, it is not easy to catch me!”

Then she dived under the water and was gone.

Gwyn went home, but could not get the lovely lady out of his mind. He told his mother what he had seen and of the strange thing she had said before she dived below the water. As the lady had shown no interest in the hard-baked barley bread, his mother suggested he take an unbaked loaf to tempt her. Before sunrise next morning, Gwyn set out for the lake with an unbaked loaf of barley bread and some cheese. Finding a comfortable spot by the water’s edge, he settled down to watch the lake in the hope of seeing the mysterious Lady of the Lake again.

As the sun rose and the mists evaporated, he eagerly scanned the lake. However, by midday he had seen no sign of her. By late afternoon, he had still not seen her and began to despair. As he turned for home, sunlight rippling on a part of the lake caught his attention and the lady appeared in all her loveliness. Speechless in wonder, he offered her the unbaked bread he held in his trembling hand. She looked at the offering and laughed, her eyes sparkling, and said: