The Chiloé Archipelago lies just off the southern coast of Chile. The islands are remote and isolated and over the centuries the people developed a unique mythology and many folk traditions that enriches their island culture. Their mythology tells of how the archipelago was believed to have been created and the deities that take care of the sea. They also have a number of supernatural creatures and entities that have evolved along with the mythology. The following examples give an insight into the rich culture that grew up among the island people.

The Basilisco chilote is a strange beast that has the body of a snake and the head of a cockerel. It is hatched from an egg that has been incubated by a cockerel. It is said that creature will slither under houses and dig a hole to create a lair. From there it draws the saliva, phlegm and moisture out of the bodies those who sleep there, causing their flesh to shrink and shrivel against their skeleton and death through dehydration. At all costs one must avoid looking into the eyes of the basilisco as its gaze turns humans to stone. It is best not to let Basilisco chilote hatch, but to kill one the egg must be burned immediately it is laid and the chicken that laid it must be killed to stop more eggs being laid. The only one way to be free of the Basilisco chilote once it has targeted a victim is to burn the house above its lair to ashes.  Read more 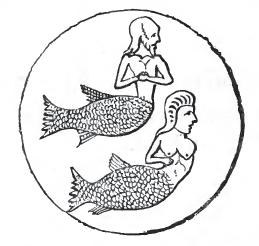 The dragon has played an important part in Chinese culture for thousands of years and is central to many myths, legends and traditions. This article briefly looks at how the dragon evolved to become such an essential part of Chinese culture.

In China from the earliest of times the dragon has been regarded as a lucky creature, bestowing fortune and blessing upon the lives people.   There is an ancient tradition that the Chinese people are descended from the dragon and it is a belief that still found deeply rooted in Chinese culture and the thinking.   Unlike western societies where dragons are often seen as evil, the Chinese people revere the dragon for its majesty and gravity and for its beneficial properties

Over the centuries as different tribes strove and often went to war for control of China before finally unifying the country it became accepted as a unifying national symbol.    As such, great powers were bestowed upon it making it the god of thunder, rain, rainbow and the stars.

Ancient Chinese society was heavily dependent on agriculture and farm animals making it heavily dependent on getting not just rain, but the right amount of rain.   In some areas too much rain could be as detrimental as too little causing floods and crop failures.  As such the dragon became regarded as the basis for all that was favorable and positive for Chinese society

Over thousands of years the dragon received increasing exaltation’s becoming regarded as the source of joy, prophecy and the miraculous. With the development of a feudal society, emperors equated themselves along side the dragon and expected their servants to do the same which made the dragon the restricted symbol of imperial power and magnificence.   It became that no one else could intentionally or otherwise use the dragon as a symbol on pain of death.

Metamorphosis of the dragon

In China, the visual form of the dragon has also undergone considerable metamorphosis over the ages gaining in power and beauty.   Ancient portrayals on bronze ware depict it as a mysterious creature of wild ferocity.  Later during the Han Dynasty (206-220 BC) it is depicted as something glorious though wild and untamed.  During the Tang Dynasty it was portrayed as being of a creature of mild disposition and controlled elegance.   During the Song Dynasty, and after, the dragon designs became finer with greater intricacy.

The colors of dragons

According to Chinese tradition dragons were different colors which signified their status.  Dragons could be blue black, white, red or yellow and it was the yellow dragon that was most sacred.   Chinese emperors would wear a gown with displaying a yellow dragon design.

Features of the dragon

Even though there are many different appearances of dragons that were depicted they all contain the same common features.  This is because the features are representing physical characteristics taken from other animals that are in turn representative of a desirable quality for humans.

For example, wisdom is represented in a dragon by giving it a  protruding forehead, while antlers are a sign of longevity.   Giving it the eyes of a tiger signifies it is powerful, while giving the claws of an eagle shows its bravery.    For flexibility the dragon is given the tail of a fish and for diligence it is given horse’s teeth.  In this way the dragon takes on numerous qualities that can be recognized in its form by humans.

Today the dragon is still an important part of Chinese culture with many myths and legends attached to it.   Public holidays to honor it are still enthusiastically observed such as Dragon Heads-raising Day, along with events such as the Dragon Boat Festival. The dragon dance is also still an important activity performed from the Spring Festival through to the Lantern Festival.